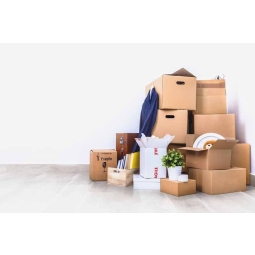 Bridging the Gap: How to Communicate Your Concerns to Your Elder Loved One


Why do I feel like we're not communicating? It was the best of times; it was the worst of times. Sometiems we're the best of friends, but at other times....

You might be working through it now; or maybe it’s a friend going through it. Either way, it can be so difficult, for everyone involved. And it doesn’t need to be.

We’re talking about the communication breakdown that happens when someone thinks it’s time for mum and dad to move out of the family home, and they don’t want to.

In this White Paper, we will look at a few common examples of this breakdown, we’ll delve into the genetically-coded reasons the breakdown happens, and we will close by offering some tips on how to avoid the breakdown if you have not experienced it, and to get past it if you have.

The information in this White Paper comes from the author’s decades of studying seniors, communications, and gerontological psychology-based reasons why we are the way we are. These decades of study are mixed with the author’s experience working with more than 500 seniors, and often their families, to help them with their late-in-life move.

Finally, the scenarios and solutions presented here are backed up by some of the top gerontological and psychological researchers in North America.

If I had a dollar for every phone call I had that started this way, or for when   it was used to ‘further an adult-child’s own agenda’, I would be rich!

There were, of course, other factors involved, which led to asking 2 questions:

I cannot tell you how often the response to #1 was “I feel I HAVE to move”. Many times, the reason given for having to move was really not a reason to move. In the example of the laundry being in the basement, there are some pretty simple solutions.

It was quite common that the immediate response to #2 was “Yes, I want to stay in my home.” HOWEVER, that response, more times than not, was changed a few weeks, or months, later to be “I’ve decided I want to move now.”

For a senior, their primary agenda is to retain control of their life, at a time when it seems like they are rapidly losing control.

Let’s look at the scenario again. The homeowner feels they HAVE to move (the house, through the functional problem of the laundry being in the basement, is forcing them to move), so they are no longer in control of where they will live. However, once a solution is provided, thus giving them back control of the decision as to whether they will move or stay, they are free to make the decision they feel is best for them. As previously noted, it was very common. in a few short weeks or months, for the decision to be “I’m ready to move now.”

A celebration of retaining control!

Why, oh why, am I hearing this same old story AGAIN, for the 197th time?

Well, this is an interesting one that we’ve all experienced at least once in our lives. It may be our aging parents, or it may have been someone else when we were younger. Regardless, it is such a commonly misunderstood part of the aging process that it bears a brief discussion here.

In the last section, we mentioned the major developmental agendas of seniors, and this repeated storytelling is a part of the second major agenda, the need to discover their legacy.

The legacy is really all about discovering what one’s life has meant; what you will be remembered for, and it is a very important part of the aging process.

Instead of glazing over and not paying attention next time you are hearing the story, listen for things that are different in it this time. Point out that you heard something different, and ask what that new piece of information might mean.

This author well remembers the myriad times hearing his mother’s stories of being evacuated from London as a child during WWII, however, there were often new tiny pieces of information in the story. Gently asking the significance of this new piece of information allowed for expansion of the story into many other areas. The benefits of this flow two ways, of course. Not only will the person doing the talking move along their developmental agenda, but the person listening will be rewarded with a deeper relationship.

Boy oh boy, the number of times a Pivotal Master-ASA™ has heard this over their career!

The challenge is that, very often, we would show up at Mom & Dad’s house, only to be told the following:

“We’re NOT moving; you’re just here so we can get the kids off our back!”

WHAT HAPPENED? Where did the disconnect come from?

This common disconnect comes from two places, each in conflict with the other, yet so close to being unnecessary, you’ll be amazed how simple things CAN be.

Looking from Mom & Dad’s perspective, we’ve talked about the need to retain control. This need is driven by the rapidly increasing amount of loss they are experiencing in their lives. For many, those losses simply cannot be replaced or regained. Some of the losses include physical strength, health, peers, consultative authority (society no longer values the wisdom of the elderly the way it did), identity, and many others.

Looking at it from the perspective of the adult children, we need to consider their developmental agendas of ‘finish raising the kids and make as much money as possible to get ready for retirement.’

The ‘adult kids’ are charging full steam ahead through life, often with no time to spare for their own children, and then they ‘are faced with' Mom & Dad ‘fighting them’ on what is obviously the best decision for them. (In whose opinion?)

In the space we have here, we’ll leave you with this piece of advice: if it isn’t working pushing Mom & Dad, then you need to change your tactics. You need to think of things from the perspective of their need to retain control.

And for Mom & Dad, when it seems like the world is conspiring to wrench away all control, just remember that you do have the final say in things. Let the kids know you understand, but you need to make this decision your own.

What is the Pivotal Master-ASA™? The Pivotal Master-ASA™ is an elevation of the Pivotal-ASA™ Seniors Real Estate program, Canada’s largest real estate program, and the only Canadian program that trains REALTORS® in the differences in working with seniors. With some 3,800 graduates, the Pivotal-ASA™ has a significant presence in the professions that serve seniors, with graduates of the program including accountants, lawyers, financial planners, retirement residence managers, mortgage professionals, amongst others.

Pivotal Master-ASA™ Mission: The Master-ASA designee’s mission is to facilitate late in life moves in such a way as to ensure that senior adult clients and their families have access to professionals with a full appreciation for the unique circumstances occurring in transactions involving older adults & the competency to ensure their successful completion. In a nutshell, every day, we do the things you will likely only have to do once in a lifetime; for a Pivotal Master-ASA™, it is a familiar process. For you, it will likely be a confusing, stressful, intimidating process.

You can temporarily save favourites at any time.

In order to see your favourites list or retrieve them after you leave the site, you will have to log in.

You can register or log in using the 'My Account' link on the top of this page at any time.
Email Contact Request
Your message has been sent
(this window will close automatically)
TOP
Loading...